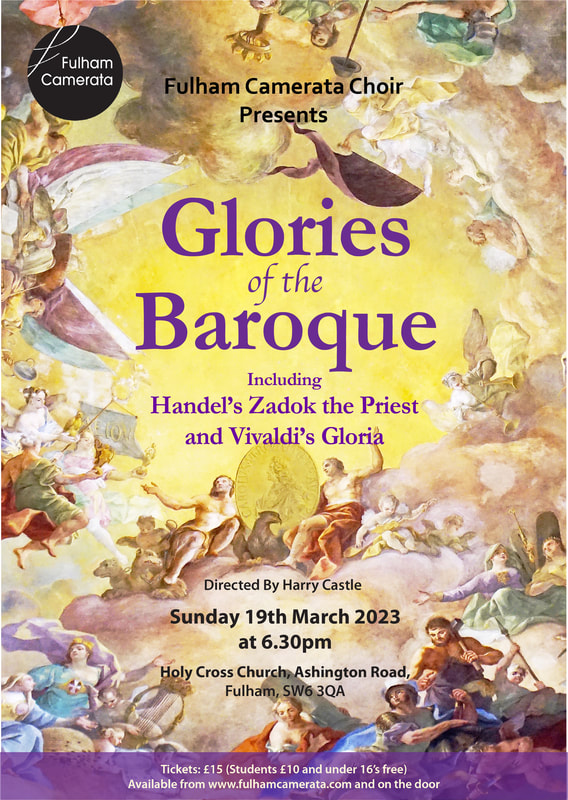 Fulham Camerata’s Spring programme is entitled ‘Glories of the Baroque’. It explores music from the well known trio of Bach, Handel and Vivaldi, as well as revisiting Monteverdi, a composer the choir are more than familiar with, having tackled his Vespers in November of last year. It also includes the lesser known Giovanni Battista Pergolesi’s Magnificat, thought to have been composed by his teacher, Francisco Durante. However it is attributed to Pergolesi who died in extreme poverty in Naples at the tender age of 26 and achieved fame much later in the century.

The first half of the concert begins with Handel’s rousing Zadok the Priest, Bach’s ethereal O Jesu Christ Meins Lebens Licht, Monteverdi’s charming Beatus Vir, and a movement from Handel’s Organ Concerto, The Cuckoo and the Nightingale.

The programme finishes with Vivaldi’s famous Gloria, featuring soloists from within the choir.

Fulham Camerata is thrilled to welcome string quartets from Godolphin & Latymer School and Cardinal Vaughan Memorial School to accompany the choir throughout the concert together with Chris Potts, the choir’s brilliant accompanist.

Join us for some beautiful Baroque music! 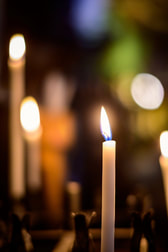